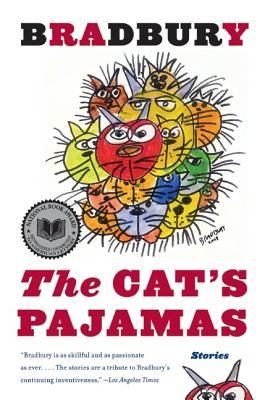 As in his most recent major fiction collections, One More for the Road (1999) and Driving Blind (1997), Ray Bradbury has once again pulled together a stellar group of stories sure to delight readers of all ages. In The Cat's Pyjamas we are treated to a treasure trove of Bradbury gems old and new –– eerie and strange, nostalgic and bittersweet, searching and speculative –– all but two of which have never been published before. The Cat's Pyjamas is a joyous celebration of the lifelong work of a literary legend.

In a career spanning more than seventy years, Ray Bradbury inspired generations of readers to dream, think, and create. A prolific author of hundreds of short stories and close to fifty books, as well as numerous poems, essays, operas, plays, and screenplays, Bradbury was one of the most celebrated writers of our time. His groundbreaking works include Fahrenheit 451, The Martian Chronicles, The Illustrated Man, Dandelion Wine, and Something Wicked This Way Comes. An Emmy Award winner for his teleplay The Halloween Tree and an Academy Award nominee, he was the recipient of the 2000 National Book Foundation Medal for Distinguished Contribution to American Letters, the 2004 National Medal of Arts, and the 2007 Pulitzer Prize Special Citation, among many honors.