Paddington in the Garden (Hardcover) 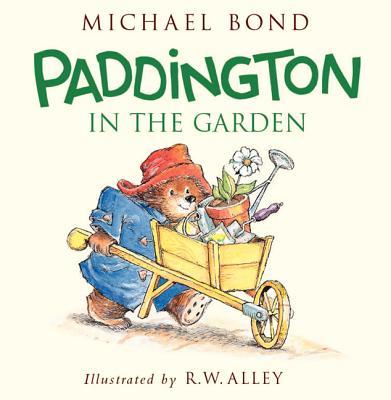 Paddington in the Garden (Hardcover)

There is nothing that Paddington Bear loves better than living with the Browns . . . except maybe marmalade! But now Mr. and Mrs. Brown have given him something else to love at number thirty-two Windsor Gardens—his very own garden. Paddington sets to work in an attempt to create the most interesting garden he can. In typical Paddington style, hapless mischief leads to blind luck, and his garden turns out to be a most unique site indeed!

Paddington Bear has charmed readers around the world with his earnest good intentions and humorous misadventures. This newly repackaged edition of the classic picture book by Michael Bond, with full-color illustrations by R. W. Alley, is the perfect addition to any young reader's library.

Michael Bond began chronicling Paddington’s adventures in his first book, A Bear Called Paddington, published in 1958. Fortunately, bears don’t need much encouragement, and Paddington has since filled the pages of twelve further novels, a variety of picture books, and many other projects written for the young at heart.

R. W. Alley has illustrated a number of books featuring Paddington Bear. He lives in Barrington, Rhode Island, with his wife, author Zoë B. Alley.