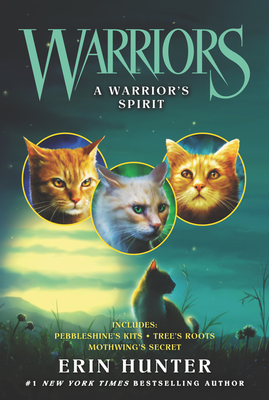 Discover untold stories about three cats of the warrior Clans: a SkyClan warrior who lost her way during her Clan’s journey to the lake; the origins of the cat with an unusual ability to speak to the dead; and a new medicine cat’s winding path to her ultimate destiny.

Spectacular new adventures await both first-time readers and dedicated fans of the series that has sold more than twenty-six million copies!

Erin Hunter is inspired by a love of cats and a fascination with the ferocity of the natural world. In addition to having great respect for nature in all its forms, Erin enjoys creating rich mythical explanations for animal behavior. She is also the author of the Seekers, Survivors, and Bravelands series.