The Last Confessions of Sylvia P.: A Novel (Hardcover) 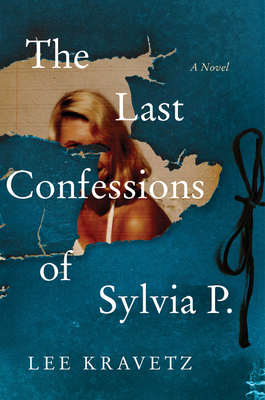 The Last Confessions of Sylvia P.: A Novel (Hardcover)

The Millions Most Anticipated Pick and A GMA March Reads Pick

“Lee Kravetz has created a bit of a miracle, a plot-driven literary puzzle box whose mystery lives in both its winding approach to history and its wonderous story. It’s a book full of ideas about inspiration and a love for language that translates across borders, physical and generational.”—Adam Johnson, Winner of the Pulitzer Prize for Fiction for The Orphan Master's Son

“Captivating . . . . Part truth, part fiction, the novel is an ingenious addition to an ever-growing body of work about Plath that has helped make her an American literary icon.”—Washington Post

Blending past and present, and told through three unique interwoven narratives that build on one another, a daring and brilliant debut novel that reimagines a chapter in the life of Sylvia Plath, telling the story behind the creation of her classic semi-autobiographical novel, The Bell Jar.

A seductive literary mystery and mutigenerational story inspired by true events, The Last Confessions of Sylvia P. imaginatively brings into focus the period of promise and tragedy that marked the writing of Sylvia Plath’s modern classic The Bell Jar. Lee Kravetz uses a prismatic narrative formed from three distinct fictional perspectives to bring Plath to life—that of her psychiatrist, a rival poet, and years later, a curator of antiquities.

Estee, a seasoned curator for a small Massachusetts auction house, makes an astonishing find: the original manuscript of Sylvia Plath’s semi-autobiographical novel, The Bell Jar, written by hand in her journals fifty-five years earlier. Vetting the document, Estee will discover she’s connected to Plath’s legacy in an unexpected way.

Plath’s psychiatrist, Dr. Ruth Barnhouse, treats Plath during the dark days she spends at McLean Hospital following a suicide attempt, and eventually helps set the talented poet and writer on a path toward literary greatness.

Poet Boston Rhodes, a malicious literary rival, pushes Plath to write about her experiences at McLean, tipping her into a fatal spiral of madness and ultimately forging her legacy.

Like Michael Cunningham’s The Hours, Paula McLain’s The Paris Wife, and Theresa Anne Fowler’s Z: A Novel of Zelda Fitzgerald, The Last Confessions of Sylvia P. bridges fact and fiction to imagine the life of a revered writer. Suspenseful and beautifully written, Kravetz’s masterful literary novel is a hugely appealing read.

Lee Kravetz is the author of acclaimed nonfiction, including Strange Contagion and SuperSurvivors. His work has appeared in the New York Times, New York magazine, the Atlantic, Psychology Today, the Daily Beast, the San Francisco Chronicle, and on PBS. He lives in the San Francisco Bay Area with his wife and two children.

"Bold, compelling, and gorgeously written, The Last Confessions of Sylvia P. is slightly reminiscent of AS Byatt's Possession, but instead of a love story, this is a tale of rivalry and betrayal. A truly satisfying page-turner." — Karen Joy Fowler, Booker Prize Finalist for We Are All Completely Beside Ourselves and author of The Jane Austen Book Club

"It would be easy, too easy perhaps, to see The Last Confessions of Sylvia P. as a spiritual sequel to Sylvia Plath’s The Bell Jar, but Lee Kravetz's novel is very much its own thing, an audacious imagining that will have readers greedy to learn more about Plath and her literary cohort." — Paul Harding, winner of the Pulitzer Prize in Fiction for Tinkers

"The Last Confessions of Sylvia P. is a page-turning joy full of surprise, mystery, and suspense. Notify all book groups!" — Christina Clancy, author of The Second Home

"A vivid portrait of mid-century America, particularly located in the Seven-Sisters-matching-bag-and-shoes class of women who seem to have everything but find themselves suffocatingly unfulfilled nevertheless. By playing with the real and the invented, Lee Kravetz creates a juicy, propulsive tale of artistic jealousy, fame, and psychology." — Dana Spiotta, author of Wayward

"The Last Confessions of Sylvia P. is a fascinating and absorbing kaleidoscopic novel and a tender portrait of Sylvia Plath that, like the hand-written manuscript of The Bell Jar at the center of the novel, offers the reader more than one compelling picture, and point of view, of the poet. A literary page turner." — Kate Hope Day, Author of In the Quick

"This novel is, at its heart, a Kate Atkinson-esque mystery; and Kravetz masterfully weaves [the characters'] tales together, slowly allowing us to piece together the secret around which the story revolves, while also providing stark, subtle commentary on the constraints of women’s lives, sixty years ago and now. This is one of the most enjoyable—and also the most moving—novels I’ve read in years." — Joanna Rakoff, author of My Salinger Year

"An ingenious addition to an ever-growing body of work about Plath that has helped make her an American icon." — Washington Post

"Where Kravetz really stirs up the magic is in his depictions of the interplay between madness and art; Plath’s gnawing loneliness and insecurity; and Rhodes’ ever-present quest for attention and recognition. . . . Kravetz makes good use of history’s rich material to spin a captivating story about some of the art world’s most notorious writers and thinkers." — San Francisco Chronicle

"Despite its title, Lee Kravetz’s debut novel, The Last Confessions of Sylvia P., is less about Plath than it is about the way others see her—and the way her legacy might be exploited." — New York Times, 88 Books for Summer

"Kravetz, a magnetizing storyteller with a satiric wit, has crafted an incisive, suspenseful, and head-spinning tale of the perils of artistic obsession, coveted objects, ferocious ambition, and tragic betrayal." — Booklist

“An intricately plotted literary thriller. . . . The book is lifted by Kravetz’s supple writing. Plain but beautiful, he turns the ordinary poetic.” — Boston Globe

"An evocative novel sure to enchant lovers of historical fiction as well as fans of Sylvia Plath . . . Kravetz's debut novel, perfect for readers who enjoyed The Paris Wife or Z: A Novel of Zelda Fitzgerald, is both lyrical and plot-driven, a difficult balance for any author to strike. Intriguing even for those who have not read The Bell Jar, it is perhaps even more gripping for longtime Plath loyalists." — Shelf Awareness

"Kravetz’s debut novel is a compelling literary mystery that explores the creation of poet Sylvia Plath’s only novel. . . . Writing about real literary figures can be tricky, especially if their descendants are still living, but the author brings his characters, both imagined and historical, to life with sensitivity." — Kirkus Reviews

"An engrossing fiction debut . . . . Kravetz brings both authority and empathy to his depictions of mental illness. He also reveals himself to be a fine novelist." — Publishers Weekly

"A fascinating fictional re-creation of Plath's final decade . . . The Last Confessions of Sylvia P. will intrigue admirers of Plath’s work and likely introduce her to a new group of readers." — BookPage

"[A] plot-driven literary masterwork . . . Fans of Sylvia Plath's The Bell Jar will treasure this stunning gem of historical fiction. Kravetz’s novel is a magnificent and exquisitely written work that inspires, surprises, and amuses." — Press Republican