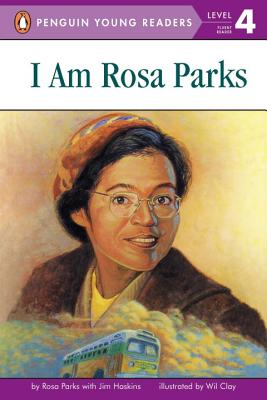 
Email or call for price.
When Rosa Parks refused to give up her seat on a bus to a white man on December 1, 1955, she made history. Her brave act sparked the Montgomery, Alabama bus boycott and brought the civil rights movement to national attention. In simple, lively language, Rosa Parks describes her life from childhood to the present and recounts the events that shook the nation. Her story is powerful, inspiring and unforgettable.An NCSS-CBC Notable Children's Trade Book in the Field of Social Studies
Rosa Parks also worked with Jim Haskins to write Rosa Parks: My Story (Dial and Puffin), an award-winning book for older readers. Mrs. Parks was awarded the Congressional Medal of Honor in June 1999. She lives in Detroit, Michigan.