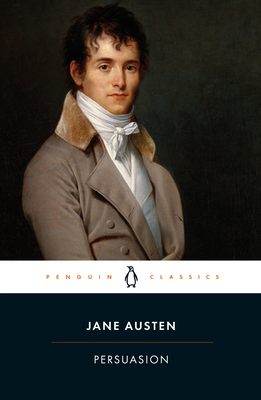 At twenty-­seven, Anne Elliot is no longer young and has few romantic prospects. Eight years earlier, she had been persuaded by her friend Lady Russell to break off her engagement to Frederick Wentworth, a handsome naval captain with neither fortune nor rank. What happens when they encounter each other again is movingly told in Jane Austen's last completed novel. Set in the fashionable societies of Lyme Regis and Bath, Persuasion is a brilliant satire of vanity and pretension, but, above all, it is a love story tinged with the heartache of missed opportunities.

For more than seventy years, Penguin has been the leading publisher of classic literature in the English-speaking world. With more than 1,700 titles, Penguin Classics represents a global bookshelf of the best works throughout history and across genres and disciplines. Readers trust the series to provide authoritative texts enhanced by introductions and notes by distinguished scholars and contemporary authors, as well as up-to-date translations by award-winning translators.
JANE AUSTEN (1775-1817) was extremely modest about her own genius but has become one of English literature's most famous women writers. She is the author of Sense and Sensibility, Pride and Prejudice, Emma, Mansfield Park and Northanger Abbey.

GILLIAN BEER is King Edward Professor of English at the University of Cambridge and President of Clare Hall.
“Critics, especially [recently], value Persuasion highly, as the author’s ‘most deeply felt fiction,’ ‘the novel which in the end the experienced reader of Jane Austen puts at the head of the list.’ . . . Anne wins back Wentworth and wins over the reader; we may, like him, end up thinking Anne’s character ‘perfection itself.’” –from the Introduction by Judith Terry