Away West (Scraps of Time) (Paperback) 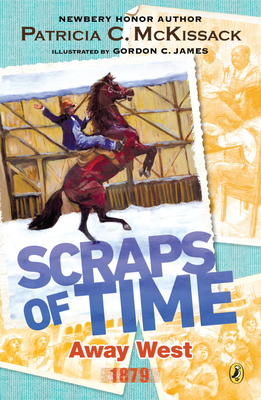 Away West (Scraps of Time) (Paperback)

This is book number 1879 in the Scraps of Time series.

Unlike his older brothers, thirteen-year-old Everett was "born in freedom," never knowing life as a slave. His most prized possession is the medal his father earned in the Civil War. Now, more than 125 years later, that treasure is kept in the Websters' attic with other "scraps of time," ready to be discovered by another generation eager to know its family history. The second novel in Patricia C. McKissack's family saga recounts a young Southern boy's dream of heading west to a new life and the way in which his journey teaches him the deeper meaning of the medal his father won.

"A must for young history buffs." --Kirkus Reviews