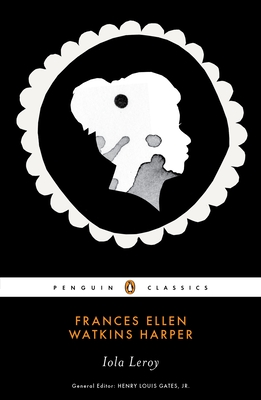 First published in 1892, this stirring novel by the great writer and activist Frances Harper tells the story of the young daughter of a wealthy Mississippi planter who travels to the North to attend school, only to be sold into slavery in the South when it is discovered that she has Negro blood. After she is freed by the Union army, she works to reunify her family and embrace her heritage, committing herself to improving the conditions for Blacks in America.

Through her fascinating characters-including Iola's brother, who fights at the front in a colored regiment-Harper weaves a vibrant and provocative chronicle of the Civil War and its consequences through African American eyes in this critical contribution to the nation's literature.
Henry Louis Gates, Jr. was Professor of English, Comparative Literature, and Africana Studies at Cornell University, and also tenured at Yale, Duke, and Harvard, where he was appointed W.E.B. DuBois professor of humanities in 1991. Professor Gates is the author of Figures in Black: Words, Signs, and the Racial Self, Wonders of the African World, The Signifying Monkey: A Theory of African-American Literary Criticism, Thirteen Ways of Looking at a Black Man, Loose Cannons: Notes on the Culture Wars, and Colored People: A Memoir. With Cornel West, he co-wrote The African American Century: How Black Americans Have Shaped Our Country and The Future of the Race. He is also the editor of the critically-acclaimed edition of Our Nig, an annotated reprint of Harriet E. Wilson’s 1859 novel, The Slave’s Narrative (with the late Charles T. Davis), Africana: The Encyclopedia of the African and African-American Experience, Six Women’s Slave Narratives, and In the House of Oshugbo: Critical Essays on Wole Soyinka. He is a recipient of the MacArthur Prize.