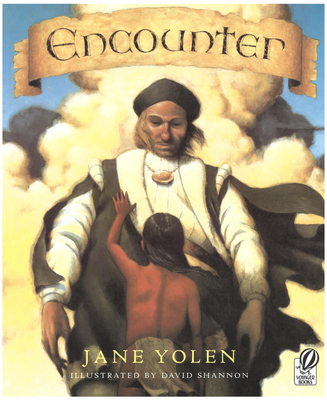 When Christopher Columbus landed on the island of San Salvador in 1492, what he discovered were the Taino Indians. Told from a young Taino boy’s point of view, this is a story of how the boy tried to warn his people against welcoming the strangers, who seemed more interested in golden ornaments than friendship. Years later the boy, now an old man, looks back at the destruction of his people and their culture by the colonizers.

Jane Yolen is a highly acclaimed author who has written hundreds of books for children and adults and has won numerous awards. She and her husband divide their time between Massachussetts and Scotland.

DAVID SHANNON is the illustrator of many popular picture books, including How I Became a Pirate. His numerous awards include a Caldecott Honor for No, David! He lives in Burbank, California.