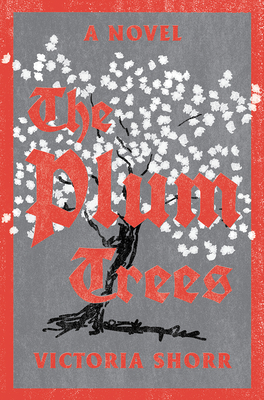 A poignant tale about one woman’s quest to recover her family’s history, and a story of loss and survival during the Holocaust.

Consie is home for a funeral when she stumbles upon a family letter sent from Germany in 1945, which contains staggering news: Consie’s great-uncle Hermann, who was transported to Auschwitz with his wife and three daughters, might have escaped. This seems improbable to Consie. Did people escape from Auschwitz? Could her great-uncle have been among them? What happened to Hermann? Did anyone know? These questions are at the root of Consie’s excavation of her family’s history as she seeks, seventy years after the liberation of Auschwitz, to discover what happened to Hermann.

The Plum Trees follows Consie as she draws on oral testimonies, historical records, and more to construct a visceral account of the lives of Hermann, his wife, and their daughters from the happy days in prewar Czechoslovakia through their internment in Auschwitz and the end of World War II. The Plum Trees is a powerful, intimate reckoning with the past.

Victoria Shorr is a writer and political activist. She is the author of three works of fiction, including the acclaimed historical novel The Plum Trees. She lives in New York and Santa Barbara, California.

In Victoria Shorr’s searing novel, horror encompasses the characters in ways unknown to others less afflicted as they struggle to understand all that has been sacrificed and lost, at last finding solace in their uncompromising refusal to allow the crimes of the past to diminish and defeat them.
— Susanna Moore, author of Miss Aluminum

Victoria Shorr’s poignant novel, The Plum Trees, is less fiction than a reckoning with the past. Shorr tells a story of the evils that confronted millions of wartime Jews through the prism of one family’s desperate attempt to survive and the narrator’s equally desperate effort to find them decades later.

You’ll have trouble putting it down at all, much less slamming it shut. Written with urgency, elegance, and grace.
— Kirkus

Immersive ... This moving account makes clear the need to remember the horrors of war.
— Publishers Weekly