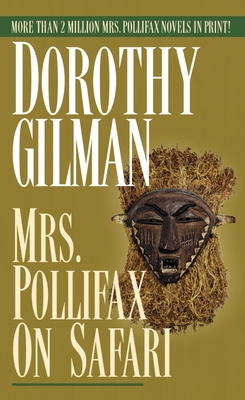 By Dorothy Gilman
$8.79
Email or call for price.

This is book number 5 in the Mrs. Pollifax series.

Now the incredible Mrs. Pollifax has been sent on a safari to smoke out a very clever international assassin whose next target is the president of Zambia.

“Just take a lot of pictures of everyone on that safari,” the CIA man told her. “One of them has to be our man.”