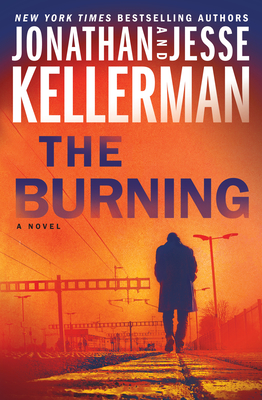 Things get personal for Deputy Coroner Clay Edison when a murder hits close to home in this riveting, emotional thriller from the bestselling father-son team who write “brilliant, page-turning fiction” (Stephen King).

A raging wildfire. A massive blackout. A wealthy man shot to death in his palatial hilltop home.

For Clay Edison, it’s all in a day’s work. As a deputy coroner, caring for the dead, he speaks for those who cannot speak for themselves. He prides himself on an unflinching commitment to the truth. Even when it gets him into trouble.

Then, while working the murder scene, Clay is horrified to discover a link to his brother, Luke. Horrified. But not surprised. Luke is fresh out of prison and struggling to stay on the straight and narrow.

The race is on for Clay to find him before anyone else can. Confronted with Luke’s legacy of violence, Clay is forced to reckon with his own suspicions, resentments, and loyalties. Is his brother a killer? Or could he be the victim in all of this, too?

This is Jonathan and Jesse Kellerman at their most affecting and page-turning—a harrowing collision of family, revenge, and murder.

Jonathan Kellerman is the #1 New York Times bestselling author of more than forty crime novels, including the Alex Delaware series, The Butcher’s Theater, Billy Straight, The Conspiracy Club, Twisted, True Detectives, and The Murderer’s Daughter. With his wife, bestselling novelist Faye Kellerman, he co-authored Double Homicide and Capital Crimes. With his son, bestselling novelist Jesse Kellerman, he co-authored Crime Scene, A Measure of Darkness, The Golem of Hollywood, and The Golem of Paris. He is also the author of two children’s books and numerous nonfiction works, including Savage Spawn: Reflections on Violent Children and With Strings Attached: The Art and Beauty of Vintage Guitars. He has won the Goldwyn, Edgar, and Anthony awards and the Lifetime Achievement Award from the American Psychological Association, and has been nominated for a Shamus Award. Jonathan and Faye Kellerman live in California and New Mexico.

“This is another superb crime thriller from the prolific and talented father-and-son Kellermans. Set in the San Francisco Bay Area during one of the state’s terrible wildfires, the story is . . .  a riveting page-turner of a mystery with pulse-pounding action, and a compelling look at family dynamics and loyalty. The shock ending doesn't hurt, either.”—Booklist (starred review)

“As always, the Kellermans guarantee that readers will turn pages rapidly to enjoy the complex characters and intricate plot turns. It’s another winner for mystery readers.”—Library Journal

“Intriguing . . . the bestselling Kellermans provide food for thought along with a tidy mystery.”—Publishers Weekly