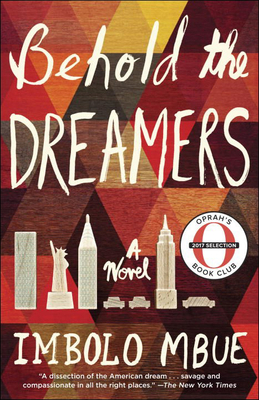 
Email or call for price.
A compulsively readable debut novel about marriage, immigration, class, race, and the trapdoors in the American Dream--the unforgettable story of a young Cameroonian couple making a new life in New York just as the Great Recession upends the economy Winner of the PEN/Faulkner Award - A New York Times Notable Book - Longlisted for the PEN/Open Book Award - An ALA Notable Book NAMED ONE OF THE BEST BOOKS OF THE YEAR BY
NPR - The New York Times Book Review - San Francisco Chronicle - The Guardian - St. Louis Post-Dispatch - Chicago Public Library - BookPage - Refinery29 - Kirkus Reviews Jende Jonga, a Cameroonian immigrant living in Harlem, has come to the United States to provide a better life for himself, his wife, Neni, and their six-year-old son. In the fall of 2007, Jende can hardly believe his luck when he lands a job as a chauffeur for Clark Edwards, a senior executive at Lehman Brothers. Clark demands punctuality, discretion, and loyalty--and Jende is eager to please. Clark's wife, Cindy, even offers Neni temporary work at the Edwardses' summer home in the Hamptons. With these opportunities, Jende and Neni can at last gain a foothold in America and imagine a brighter future. However, the world of great power and privilege conceals troubling secrets, and soon Jende and Neni notice cracks in their employers' facades. When the financial world is rocked by the collapse of Lehman Brothers, the Jongas are desperate to keep Jende's job--even as their marriage threatens to fall apart. As all four lives are dramatically upended, Jende and Neni are forced to make an impossible choice. Praise for Behold the Dreamers

"A debut novel by a young woman from Cameroon that illuminates the immigrant experience in America with the tenderhearted wisdom so lacking in our political discourse . . . Mbue is a bright and captivating storyteller."--The Washington Post "A capacious, big-hearted novel."--The New York Times Book Review "Behold the Dreamers' heart . . . belongs to the struggles and small triumphs of the Jongas, which Mbue traces in clean, quick-moving paragraphs."--Entertainment Weekly "Mbue's writing is warm and captivating."--People (book of the week) " Mbue's] book isn't the first work of fiction to grapple with the global financial crisis of 2007-2008, but it's surely one of the best. . . . It's a novel that depicts a country both blessed and doomed, on top of the world, but always at risk of losing its balance. It is, in other words, quintessentially American."--NPR "This story is one that needs to be told."--Bust "Behold the Dreamers challenges us all to consider what it takes to make us genuinely content, and how long is too long to live with our dreams deferred."--O: The Oprah Magazine " A] beautiful, empathetic novel."--The Boston Globe "A witty, compassionate, swiftly paced novel that takes on race, immigration, family and the dangers of capitalist excess."--St. Louis Post-Dispatch "Mbue is] a deft, often lyrical observer. . . . Her] meticulous storytelling announces a writer in command of her gifts."--Minneapolis Star Tribune
Imbolo Mbue is a native of the seaside town of Limbe, Cameroon. She holds a BS from Rutgers University and an MA from Columbia University. A resident of the United States for more than a decade, she lives in New York City. Behold the Dreamers, her critically acclaimed debut novel, won the 2017 PEN/Faulkner Award for Fiction and was named by The New York Times and The Washington Post as one of the notable books of 2016. It was also named as a best book of 2016 by NPR, Kirkus Reviews, the San Francisco Chronicle, The Guardian and the St. Louis Post-Dispatch. The novel also won the 2017 Blue Metropolis Words to Change Prize.