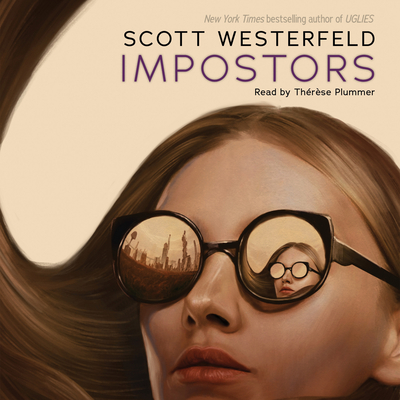 By Scott Westerfeld
$43.99
Email or call for price.

This is book number 1 in the Impostors series.

Deception. Risk. Betrayal. Redemption. Master storyteller Scott Westerfeld is at the top of his game, and back to his most famous realm.Frey and Rafi are inseparable . . . two edges of the same knife. But only one of them is ever seen in public.Frey is Rafi's twin sister-and her body double. Their powerful father has many enemies, and the world has grown dangerous asthe old order falls apart. So while Rafi was raised to be the perfect daughter, Frey has been taught to kill. Her only purpose is toprotect her sister, to sacrifice herself for Rafi if she must.When her father sends Frey in Rafi's place as collateral in a precarious deal, she becomes the perfect impostor. But Col, the sonof a rival leader, is getting close enough to spot the killer inside her . . . .

Scott Westerfeld is the #1 New York Times bestselling author of the Uglies series, which has been translated into 35 languages; the Leviathan series; Afterworlds; Horizon; and many other books for young readers. He was born in Texas and alternates summers between Sydney, Australia, and New York City.