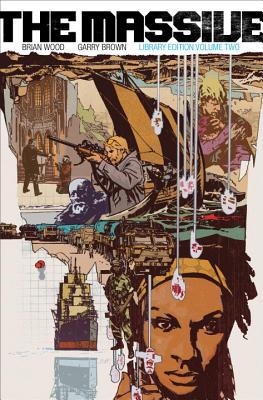 The Crash was only the beginning. What remains of civilization is being obliterated by a series of cataclysmic events. The truth about the identity of Captain Callum's companion Mary, which began as a faint signal, grows louder--and she's seemingly connected to it all. The secret of the Crash and the mystery of the missing ship The Massive continues as the crew take on Norwegian whalers, and Callum's nemesis, Arkady.

Multiple Eisner Award-nominee Brian Wood released his first series, Channel Zero, to considerable critical acclaim in 1997 and has gone on to create hard-hitting original series such as DMZ, Northlanders, The Couriers, and The Massive. Adding to that body of work, he's also written some of the biggest titles in pop culture, with work on Star Wars, Conan The Barbarian, Lord Of The Rings, and The X-Men. Brian lives with his wife and two children in Brooklyn, NY.