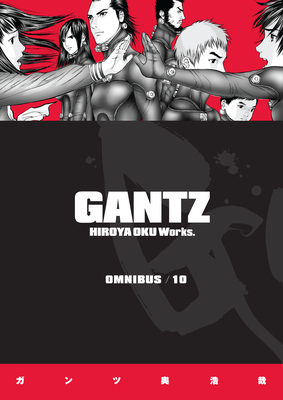 
Gantz teams worldwide are being wiped out as colossal alien mechs begin the systematic eradication of humankind. And matters for the Gantz warriors grow infinitely worse when the Gantz orbs that supply and transport them go silent. For the Gantz teams, only one option remains to turn the tide—a massed suicide assault against the gigantic alien mothership!

Hiroya Oku is a manga artist who is the creator of Gantz, Zero One, and HEN, all of which have been serialized in Young Jump magazine. His manga often contain explicit violence and gore, as well as sexual situations. He won the second prize of the Youth Manga Awards in 1988, under the pen name Yahiro Kuon. He also designed a character for Bandai Namco's Xbox 360 and PlayStation 3 fighting game Soulcalibur IV, named "Shura." The author lives in Tokyo, Japan.