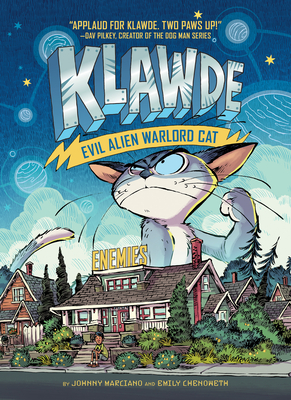 This is book number 2 in the Klawde: Evil Alien Warlord Cat series.

"Funny, savage, and brilliant, Klawde is the pet I wish I had."--Max Brallier, author of the New York Times Best Seller The Last Kids on Earth

Klawde and Raj are back! As summer turns to fall, our favorite warlord cat remains in his pitiful exiled existence. But Raj has an even scarier prospect than cosmic exile: starting at a new school.

And if things didn't seem complicated enough, both cat and human are confronted with two figures from their past they did not expect to pop up in Elba, Oregon...

Heavily illustrated, with a hilarious, biting voice that switches between Raj's and Klawde's perspectives, this is the story of an unlikely friendship that emerges as two fish out of water continue to find their footing in strange new worlds.