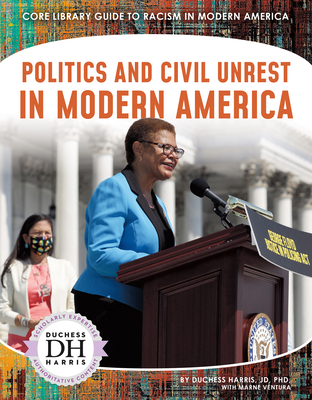 
Email or call for price.
Americans are fighting back against police violence, calling for police departments to be reformed and, in some cases, abolished. Politicians at local, state, and national levels have responded in a variety of ways to these calls to action. Politics and Civil Unrest in Modern America explores the government's response to protests and policies introduced by legislators to combat police violence. Easy-to-read text, vivid images, and helpful back matter give readers a clear look at this subject. Features include a table of contents, infographics, a glossary, additional resources, and an index. Aligned to Common Core Standards and correlated to state standards. Core Library is an imprint of Abdo Publishing, a division of ABDO.