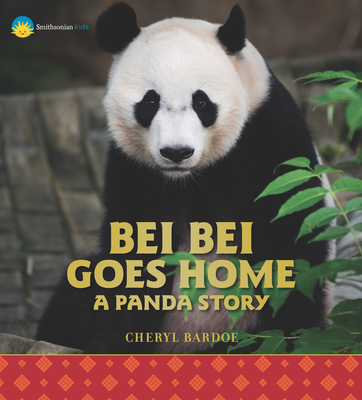 Two nations and a mother panda work together to nurture a “precious treasure” in the remarkable true story of a celebrity panda cub and his life at the Smithsonian National Zoo—and beyond.

In August 2015, zookeepers at the National Zoo in Washington, DC, were thrilled to spot a tiny shadow on an ultrasound. For a species as rare as the giant panda, every new cub is cause for celebration. Zoo staff monitored mother Mei Xiang, and within days a newborn appeared, weighing in at just one third of a pound. While Mei Xiang cradled her vulnerable infant, zookeepers monitored the pair day and night through cameras in the panda den, and some two million viewers logged on to the zoo website. First Ladies Michelle Obama and Peng Liyuan hosted a ceremony to announce the cub’s name: Bei Bei, meaning “precious treasure” in Mandarin Chinese. An instant celebrity, the cub captured hearts all over the world. But pandas in zoos are considered emissaries from the People’s Republic of China, the only country where they live in the wild. Four years after his birth in America, Bei Bei would embark on an important new mission.

Cheryl Bardoe is the author of several acclaimed books for young readers, including China: A History; Nothing Stopped Sophie: The Story of Unshakable Mathematician Sophie Germain; and Mammoths and Mastodons: Titans of the Ice Age. She lives in Connecticut.

An appealing introduction to the giant panda.
—Booklist

Full-color photographs appear alongside the text, drawing in readers with their vivid and striking visuals. . . An informative and eye-catching book.
—School Library Journal