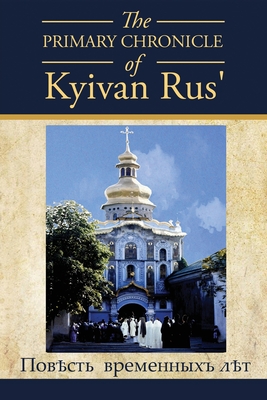 The Primary Chronicle of Kyivan Rus' was authored by the early Christian monks of the Caves Monastery, and other monasteries, in today's capital city of Ukraine, Kyiv. It has been known by many different names including, "The Tale of Bygone Years", "Chronicle of Nestor", as well as other names.

The Chronicle covers many centuries and was added to by many different monks. It tells about the founding of Kyiv and the origins of the Ukrainian people. This translation is based on the original Laurentian and Hypatian texts and is intended for the general reader who is interested in learning about the early history of Eastern Europe, in particular Ukraine.

This modern English translation of the Chronicles of Kyivan Rus' will give the general reader and the student of Eastern Europe a good understanding of the times in which the two East European countries of Ukraine and Belarus and the Eurasian country of Russia were formed. It was a time of great change and major social upheaval, political, religious and cultural.

This new translation of the history of Kyiv will give clarity to some of the misconceptions that are still prevalent in many political and academic circles around the world about Ukraine and Ukrainians.

Dan Korolyshyn, born in Austria during the War, came to the States in 1947. Attended Public School in NYC on Manhattan's Lower Eastside. After school he went to Ukrainian school and studied Ukrainian history and culture. Later attended Ukrainian cultural courses at the Ukrainian resort, Soyuzivka, in upstate New York, continuing to study Ukrainian history. He took an upper level undergraduate history course on Kyivan Rus' at the University of Washington as a post graduate. Was a founding member of the Tidewater Ukrainian Cultural Association in Virginia and continues to study history and be involved in Ukrainian and Christian activities.