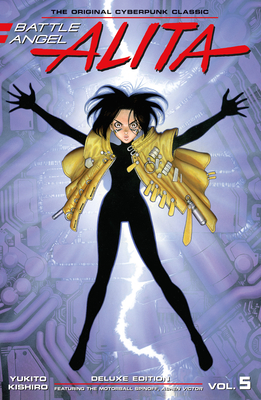 This is book number 5 in the Battle Angel Alita Deluxe series.

This FINAL VOLUME includes the rare, acclaimed story ASHEN VICTOR, plus two extensive interviews with creator Yukito Kishiro and all of the canon and non-canon endings of the original cyberpunk classic, Battle Angel Alita!