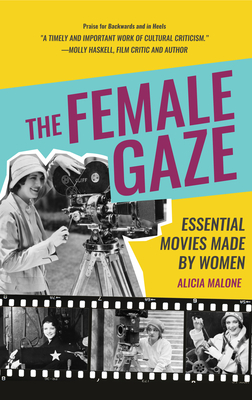 With the success of the Wonder Woman movies and the results following the outcry of the #MeToo movement, now is the time to highlight the female influences in film history previously left unheard

The voices of powerful women in old Hollywood--told. You may have heard the term "male gaze," coined in the 1970s, about how art and entertainment have been influenced by the male's perspective. What about the opposite? Women have been making movies since the very beginning of cinema. In The Female Gaze, Alicia Malone explores the ideas, thoughts, and views we learn from women from behind the scenes. What does the world look like through the "female gaze"?

Learn about women who changed the world. Discover brilliantly talented and accomplished women directors, both world renowned and obscure, who have shaped the film industry in ways rarely fully acknowledged. Find mini-essays written by women like Alicia Malone and other diverse female film critics. Featuring past and present films, this behind the scenes guidebook is perfect for the Hollywood history fan in your life.

If you liked Women in Art or Camera Man, you'll adore the powerful women in history found in Alicia Malone's The Female Gaze.