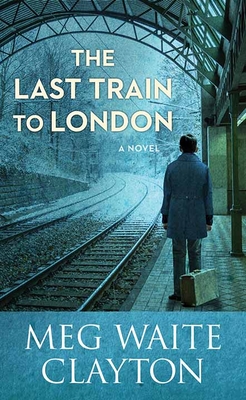 “Based on a real heroine of the Dutch resistance and scrupulously researched, The Last Train to London brings to vivid life the extraordinary bravery of one fiercely dedicated childless woman who is attempting to save the lives of literally thousands of innocent children as Hitler marshals his forces across Europe. By writing the Kindertransport story as a novel, Meg Waite Clayton captures the humanity of the young victims and the inhumanity of those who were ‘just following orders’ more than any biography could. A memorable addition to the literature of World War II and one that is eerily relevant to present-day migrant struggles the world over.”
— Marion Abbott, Mrs. Dalloway's Literary & Garden Arts, Berkeley, CA

In 1936, the Nazis are little more than loud, brutish bores to fifteen-year old Stephan Neuman, the son of a wealthy and influential Jewish family and a budding playwright whose playground extends from Vienna's streets to its intricate underground tunnels. Stephan's best friend and companion is the brilliant ofie-Helene, a Christian girl whose mother edits a progressive, anti-Nazi newspaper. But the two adolescents' carefree innocence is shattered when the Nazis take control.