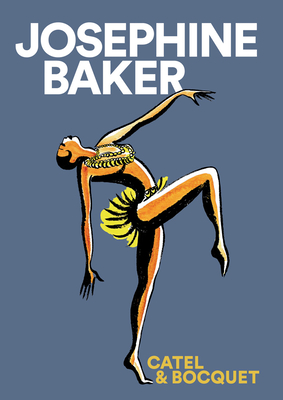 Josephine Baker (1906–1975) was nineteen years old when she found herself in Paris for the first time in 1925. Overnight, the young American dancer became the idol of the Roaring Twenties, captivating Picasso, Cocteau, Le Corbusier, and Simenon. In the liberating atmosphere of the 1930s, Baker rose to fame as the first black star on the world stage, from London to Vienna, Alexandria to Buenos Aires. After World War II, and her time in the French Resistance, Baker devoted herself to the struggle against racial segregation, publicly battling the humiliations she had for so long suffered personally. She led by example, and over the course of the 1950s adopted twelve orphans of different ethnic backgrounds: a veritable Rainbow Tribe. A victim of racism throughout her life, Josephine Baker would sing of love and liberty until the day she died.

Catel Muller is an award-winning comics artist. She lives in Paris

José‑Luis Bocquet is a novelist and comics writer. He lives in Paris.