Bunuel in the Labyrinth of the Turtles (Paperback) 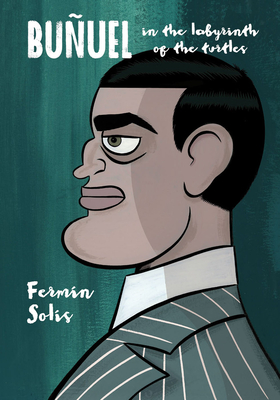 Bunuel in the Labyrinth of the Turtles (Paperback)


Email or call for price.
A fascinating portrait of a pivotal period in the life of Spanish filmmaker Luis Buñuel

Buñuel in the Labyrinth of the Turtles depicts a decisive moment in the life of the great Spanish filmmaker Luis Buñuel: the moment when he doubted surrealism and contemplated embracing a more social type of cinema. At this crucial turning point in his career, he wanted to change the world by showing the hidden heart of reality. Buñuel was deeply affected by the harshness of Las Hurdes and the extreme misery of the people who lived in this remote region, so with his friend, the movie producer Ramón Acín, he began work on the pseudo-documentary Land Without Bread. But in the mind of the great surrealist, reality inevitably clashed with dreams and childhood memories, threatening both the film and his friendship with Acín. It was at this moment that the Buñuel of the future was born.

Fermín Solís is a renowned Spanish cartoonist, animator, and illustrator, who alternates between working as a comic book artist, a textbook illustrator, and a children’s book creator. His books have been published by leading independent publishers in the United States, Canada, and France, and he has been nominated for the Comic de Barcelona, INJUVE, and the National Comic Award.