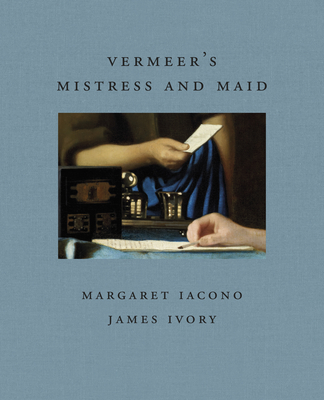 The subject of writing and receiving letters, which recurs frequently in the work of Johannes Vermeer (1632-1675), is given dramatic tension in this masterful painting of two women in a mysterious moment of crisis. The artist seldom, if ever, surpassed the subtly varied effects of light seen here as it gleams from the pearl jewellery, sparkles from the glass and silver objects on the table, and falls softly over the figures in their shadowy setting.

Each book in the Frick Diptych series illuminates a single work in the Frick's rich collection with an essay by a Frick curator paired with a contribution from a contemporary artist or writer.

James Ivory is an American film director, producer and screenwriter. Films produced by his company Merchant Ivory Productions (producer Ismail Merchant and script writer Ruth Prawer Jhabvalar) won six Academy Awards. For his work on Call Me by Your Name (2017), which he wrote and produced, Ivory won awards for Best Adapted Screenplay from the Academy Awards, British Academy of Film and Television Arts, Writers Guild of America, the Critics' Choice Awards, and the Scripter Awards, among others.