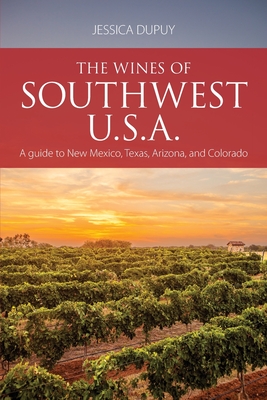 The vast, arid plains of New Mexico, Texas, and Arizona and the mountainous peaks of Colorado do not immediately suggest prime wine growing territory. However, it was in this part of the country, in 1629, that missionaries planted the United States' first Vitis vinifera vines. Over the ensuing centuries wine production grew, before being brought to a stuttering halt in the 1930s by Prohibition. Following repeal, recovery was slow, and the modern wine era only really began with the new pioneers of the 1960s and 1970s.

All four of these southwestern states can boast growing wine industries, each with its own distinct identity. Although home to those first wine grapes, New Mexico may be the least experienced player, with a few major producers and many smaller, new arrivals (including one winemaker literally working out of his garage). The Texas industry is bigger, more developed and more polished, with at least 350 wineries operating and plenty of room for growth. Arizona has perhaps made the most progress in the shortest time; some impressive growing conditions, educational initiatives, and a tight-knit band of producers have led to promising quality wines. Colorado, long known for its fruit orchards, is now home to vineyards too, with many producers also farming other fruit and creating wines from both.

Taking each state in turn, Jessica Dupuy guides us expertly through its history before presenting a thorough summary of its climate and geology, discussing the grapes grown, explaining the subregions (AVAs), and appraising the challenges wine growers face. Influential and innovative producers are profiled, and each section concludes with ideas on where to visit, dine, and stay. Boxes throughout the text supply asides on historical, geographic, and cultural points of interest. For anybody interested in discovering a truly up-and-coming wine region this book makes for fascinating reading.