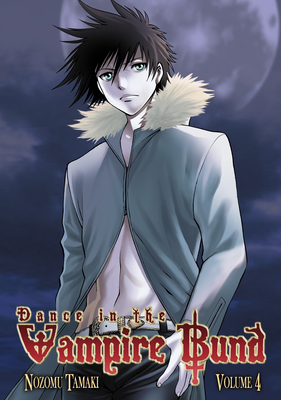 
Email or call for price.
After millennia in hiding, Mina Tepes, the princess of the ancient covenant and ruler of all vampires, wants change. Using the vast wealth of the Tepes line, she has paid off the entire gross national debt of Japan and in so doing, gained the authority to create a "special district" off the coast of Japan that is to become the future haven for vampires from all over the world. But with both human and vampire forces conspiring against her, Mina and her bodyguard Akira may not survive! DANCE IN THE VAMPIRE BUND v4:When a new adversary attempts to gain control of Princess Mina, Akira must fight to save her in a gripping game of cat and mouse!
Nozomu Tamaki, the writer/artist of Dance in the Vampire Bund, lives in Tokyo, Japan. This is his first work published in the US.