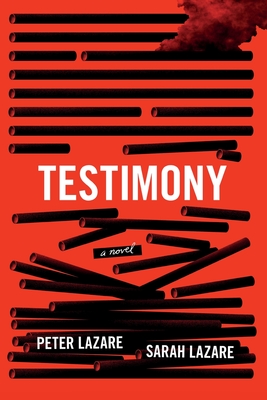 It's 2002--the height of the War on Terror panic--and Sam, a life-long, left-wing radical, has had enough. He finally decides to stow his black ski mask and move to the uneventful mid-sized city of Springfield, Illinois to settle down and sell out as a gas utility regulator. His plans to coast and collect a check, however, are complicated when the pipe of a major gas provider he's tasked with overseeing explodes, killing a school janitor and sending an overfunded security apparatus and into full-on John Milius mode--looking for terrorists who aren't there and using "Homeland" authority to mask their self-dealing.

Soon, Sam discovers the real problem isn't outside threats, but a culture of casual negligence and an opaque system of "charity" and "public-private partnership" that diverts money away from public safety and into the pockets of government and corporate higher-ups. With the help of a sarcastic local reporter, a kind but jaded office chum, and a mix of other outcasts, Sam realizes that "going with the flow" may come at too high a cost.

Testimony isn't about One Great Man taking on the system, but about one okay, flawed person working with a rag-tag team of other okay, flawed people to combat a system of cynicism and greed much bigger than them. Testimony is a sardonic political noir about corporate regulatory capture, a mid-size city finding meaning in security theater, and reluctant rediscovery of lost idealism.