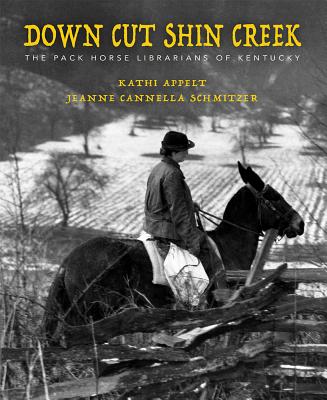 It's 4:30 in the morning, and the "book woman" and her horse are already on their way. Hers is an important job, for the folks along her treacherous route are eager for the tattered books and magazines she carries in her saddlebags.

During the Great Depression, thousands lived on the brink of starvation. Many perished. In 1935 President Franklin D. Roosevelt created the Works Progress Administration under his 1933 New Deal initiative. The WPAwas designed to get people back on their feet. One of its most innovative programs was the Pack Horse Library Project of Eastern Kentucky.

Thoroughly researched and illustrated with period photographs, this is the story of one of the WPA's greatest successes. People all over the country supported the project's goals. But it was the librarians themselves""young, determined, and earning just $28 a month""who brought the hope of a wider world to people in the crooks and hollows of Kentucky's Cumberland Mountains.