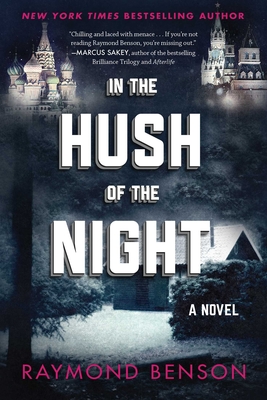 By Raymond Benson
Email or call for price
Special Order

Chicago Special Agent Annie Marino examines the case of a dead young woman who possesses a tattoo Annie has come across before—that of bloody bear claws. Several deceased women with the tattoo have turned up over the past few years, all suspected of being involved in a vast human trafficking operation.

Annie’s neighborhood friend, Jason Ward, is a young writer engaged to be married into an upper-class family from a posh Chicago suburb. Jason believes his future brother-in-law, a war veteran, is definitely a bully—but does he also have ties to the Russian mob?

Yana Kravec, a woman from St. Petersburg, Russia, has been fraudulently lured into a trafficking scheme and thrown into a horrid and seemingly hopeless situation. She is, however, determined to fight back and escape her captors.

Annie’s investigation eventually uncovers a sordid plot of procuring slaves overseas and marketing them in the US. Her interests soon coincide with those of Jason and Yana, bringing the trio together to fight against a deadly network of criminals. As the separate lives of these characters collide, their paths ultimately converge in a night of terror and survival in a Michigan forest, where they become the prey of evil men who will stop at nothing to protect their secrets.

Raymond Benson is most well-known for being the third—and first American—author to be commissioned by the James Bond literary estate to write the 007 novels between 1996–2002. He is the author of thirty-six books, including the New York Times bestselling The Black Stiletto series, now in development as a feature film, and most recently The Secrets on Chicory Lane. Benson lives in Chicago, Illinois.

"Benson has crafted a compelling story with realistic characters."
—Associated Press
“Bringing to light the often-hidden underbelly of human trafficking crimes, Benson spins a riveting, suspenseful narrative that is as much a cat-and-mouse procedural as it is an exploration of the victim’s humanity. The FBI detail is impressively realistic and the dynamic Special Agent, Annie Marino, is terrific!”
—John Douglas, former Chief of FBI’s National Center for the Analysis of Violent Crime and co-author of Mindhunter, the basis for the Netflix television series

"With can’t-stop-reading suspense, In the Hush of the Night splits open an ugly international criminal underworld that includes Russia’s vicious FSB. Rich with details, this insider thriller has far-reaching tentacles that FBI Special Agent Annie Marino pulls together through a joint operation of the FBI, ICE, local police, and sheriff organizations across six states. Turn on your reading light and settle in for an exciting ride."
—Gayle Lynds, New York Times-bestselling author of The Assassins

"Chilling and laced with menace, In the Hush of the Night deftly tackles a horrifying, timely, and too-often-overlooked crime of our day. Annie Marino is a great character, and the author's knowledge of the underworld is more than a little frightening. If you’re not reading Raymond Benson, you’re missing out.”
—Marcus Sakey, author of the bestselling Brilliance Trilogy and Afterlife

"A gritty, realistic story of human trafficking that introduces Annie Marino, an FBI agent unafraid to work the toughest cases. Benson's stellar novel In the Hush of the Night twists and turns to the explosive and satisfying ending. You'll want to hear more from Annie Marino."
—Jamie Freveletti, internationally bestselling author of Blood Run

"In the Hush of the Night sucked me in and kept me glued to the page. Raymond Benson’s book is an intense and frighteningly authentic portrayal of the harrowing experiences inflicted on human trafficking victims by the depraved men who prey upon them for profit and twisted pleasure. FBI Special Agent Annie Marino’s compassion, strength, and dedication to the pursuit of justice for these women makes her exactly the kind of realistic hero readers crave. A captivating story that will stay with you long after you reach the end."
—Diane Capri, New York Times- and USA Today-bestselling author of The Hunt for Jack Reacher series

"Raymond Benson . . . delivers a finely crafted standalone novel this time out. It provides a kick-ass heroine, a great supporting cast, and a vivid glimpse into a sordid business: the buying and selling of women to an unfortunately all-too-willing customer base. Showing admirable restraint, he emphasizes character development over gritty displays of violence, wisely leaving the more graphic elements to his readers’ respective imaginations. It’s not a cheat, however, because one of his chief strengths are his action set pieces, a prime example of which he leverages to great advantage towards the conclusion of this fast-paced, immensely pleasing offering."
—Mystery Scene magazine

"In the Hush of the Night is without a doubt a shocking thriller. It offers an insight into the seedy, sleazy and lucrative world of human trafficking and sexual slavery. How it operates and most importantly, what the police can do to save victims. Don’t read late at night, alone!"
—Anne Bonny Book Reviews, 5-star review