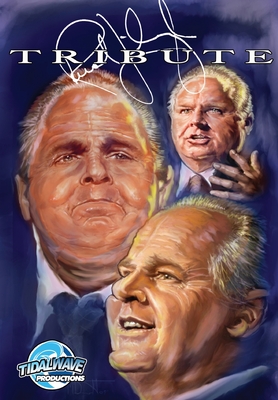 He was called "the most dangerous man in America" as well as "the leader of a vast Right-Wing Conspiracy." Politicians, pundits, and commentators asked, "Is he good for America?" Awarded the Medal of Freedom by President Trump cemented his place as the self-proclaimed "intellectual" center of the United States' Conservative movement. Explore the story of how a simple football fan from Missouri changed the news and radio industry. With the help of over 20 million listeners a week, Rush Limbaugh became the voice of the American right.

The Tribute line of comic books tells the stories of the notable people that have passed on.