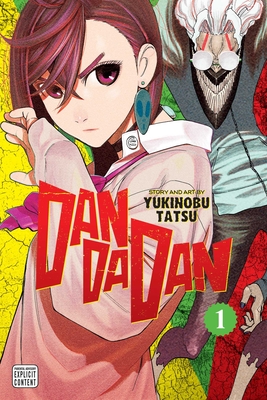 This is book number 1 in the Dandadan series.

A nerd must fight powerful spirits and aliens all vying for the secret power of his “family jewel,” so who better to fight alongside him than his high school crush and a spirit granny?!

Momo Ayase and Okarun are on opposite sides of the paranormal spectrum regarding what they’ll believe in and what they won’t. Their quest to prove each other wrong leads them down a path of secret crushes and paranormal battles they’ll have to participate in to believe!

Before his 2010 debut in Gekkan Shounen Magazine with Seigi no Rokugou (Rokugou of Justice), Yukinoba Tatsu worked as an assistant for manga artist Tatsuki Fujimoto on the well-known series Chainsaw Man and Fire Punch.