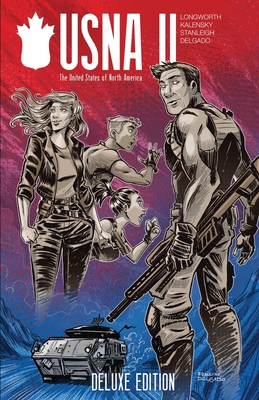 By Harry Kalensky, David Longworth (Other), Allan Stanleigh (Other)
$27.00

new country called The United States of North America (USNA). The people, unhappy with the union, are restless. A rebellion has begun led by a former Canadian Prime Minister. USNA II Deluxe Edition is the second graphic novel in the series. The rebellion has now spread throughout North America. A new threat to both the rebels and the governing councils of the North American union has emerged. With energy, excitement and intrigue, this book concludes the story.