The Woman in the Window (Paperback) 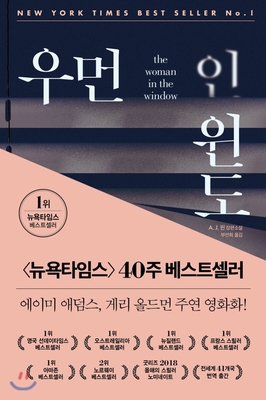 The Woman in the Window (Paperback)

Ask about the price of this item.

“The Woman in the Window is being touted as one of the hottest releases of early 2018, and with excellent reason. A modern take on Hitchcock's Rear Window, with many nods to classic noir film, A.J. Finn's debut novel is told through the eyes of a narrator trapped inside her beautiful house by a severe case of agoraphobia and separated from her estranged husband and young daughter. She copes with her condition by spying on her neighbors and living vicariously through their drama, until the night she witnesses what appears to be a murder and finds herself swept up in its wake. Once this story gets rolling, it will bowl you over. Fans of psychological thrillers should take note of this banger of a tale!”
— Whitney Spotts, Schuler Books & Music, Lansing, MI