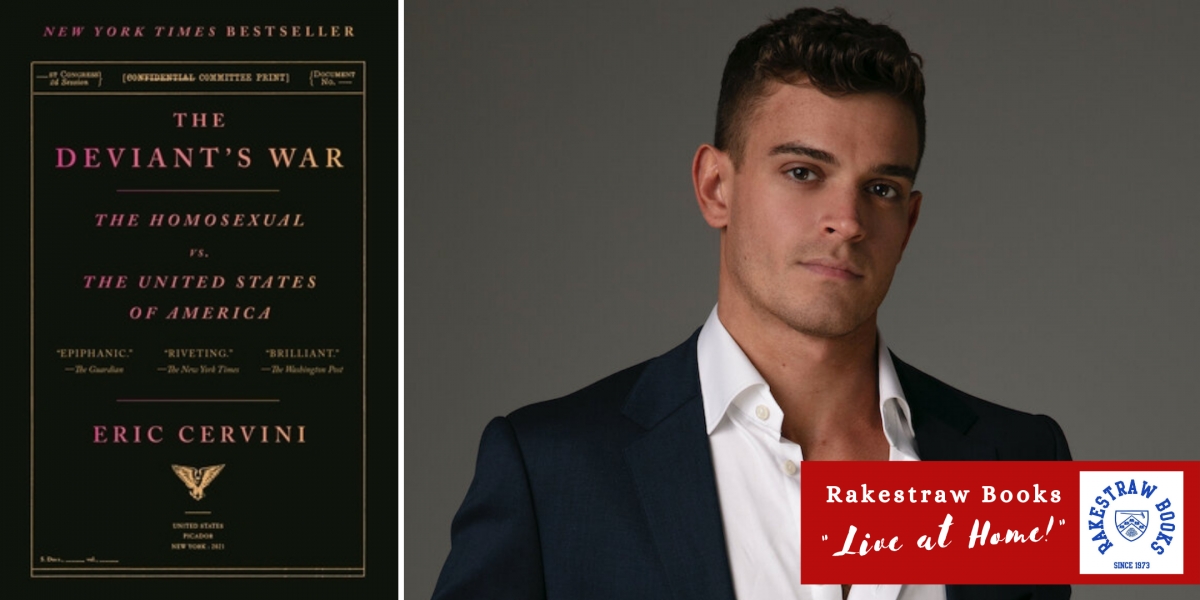 From Eric Cervini, a young Harvard- and Cambridge-trained historian, comes The Deviant's War: The Homosexual vs. the United States of America, the secret history of the fight for gay rights that began a generation before Stonewall.

In 1957, Frank Kameny, a rising astronomer working for the U.S. Defense Department in Hawaii, received a summons to report immediately to Washington, D.C. The Pentagon had reason to believe he was a homosexual, and after a series of humiliating interviews, Kameny, like countless gay men and women before him, was promptly dismissed from his government job. Unlike many others, though, Kameny fought back.

Join Rakestraw Books and The Rossmoor LGBT Alliance for a special Pride month virtual event with Dr. Eric Cervini and The Deviant's War. This is a free event, but advance reservations are essential. Make your reservations by clicking HERE.

The Deviant's War: The Homosexual vs. the United States of America (Paperback)