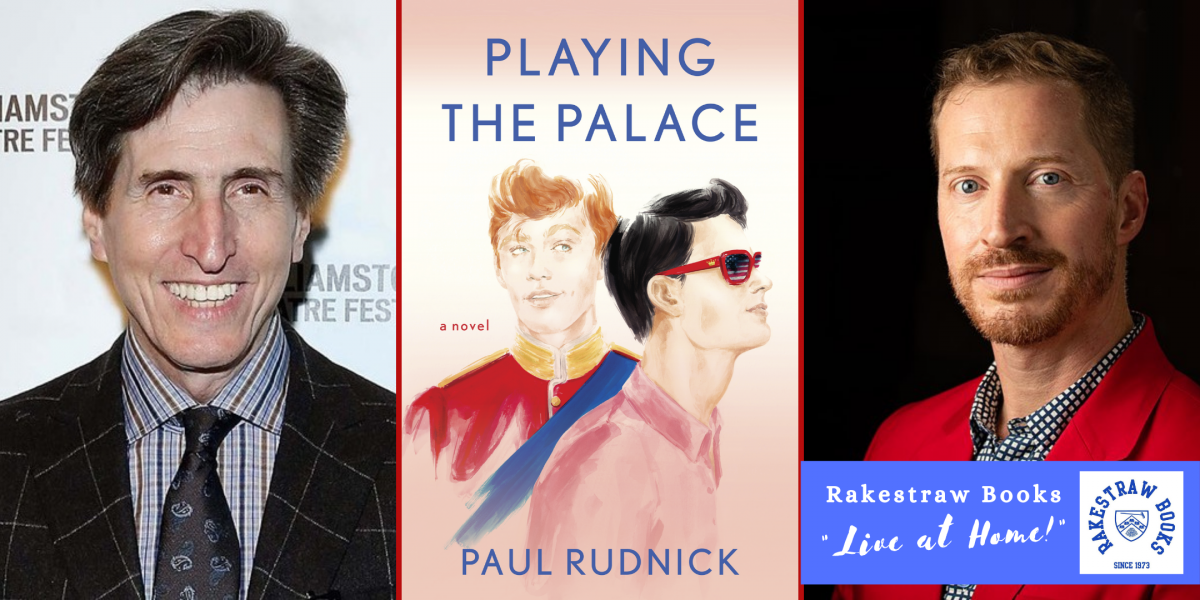 in conversation with Andrew Sean Greer

THEIR LOVE STORY CAPTIVATED THE WORLD...THE CROWN PRINCE AND THAT GUY FROM NEW YORK

When a lonely American event planner starts dating the gay Prince of Wales, a royal uproar ensues: is it true love or the ultimate meme? Find out in this hilarious romantic comedy.

After having his heart trampled on by his cheating ex, Carter Ogden is afraid love just isn't in the cards for him. He still holds out hope in a tiny corner of his heart, but even in his wildest dreams he never thought he'd meet the Crown Prince of England, much less do a lot more with him. Yes, growing up he'd fantasized about the handsome, openly gay Prince Edgar, but who hadn't? When they meet by chance at an event Carter's boss is organizing, Carter's sure he imagined all that sizzling chemistry. Or was it mutual?

This unlikely but meant-to-be romance sets off media fireworks on both sides of the Atlantic. With everyone having an opinion on their relationship and the intense pressure of being constantly in the spotlight, Carter finds ferocious obstacles to his Happily Ever After, including the tenacious disapproval of the Queen of England. Carter and Price Edgar fight for a happy ending to equal their glorious international beginning. It's a match made on Valentine's Day and in tabloid heaven.

We are delighted to celebrate the publication of Playing the Palace with a special conversation between author Paul Rudnick and Pulitzer Prize-winning novelist Andrew Sean Greer on Thursday, 27 May 2021 at 5 PM (PT). Make your FREE reservations HERE.