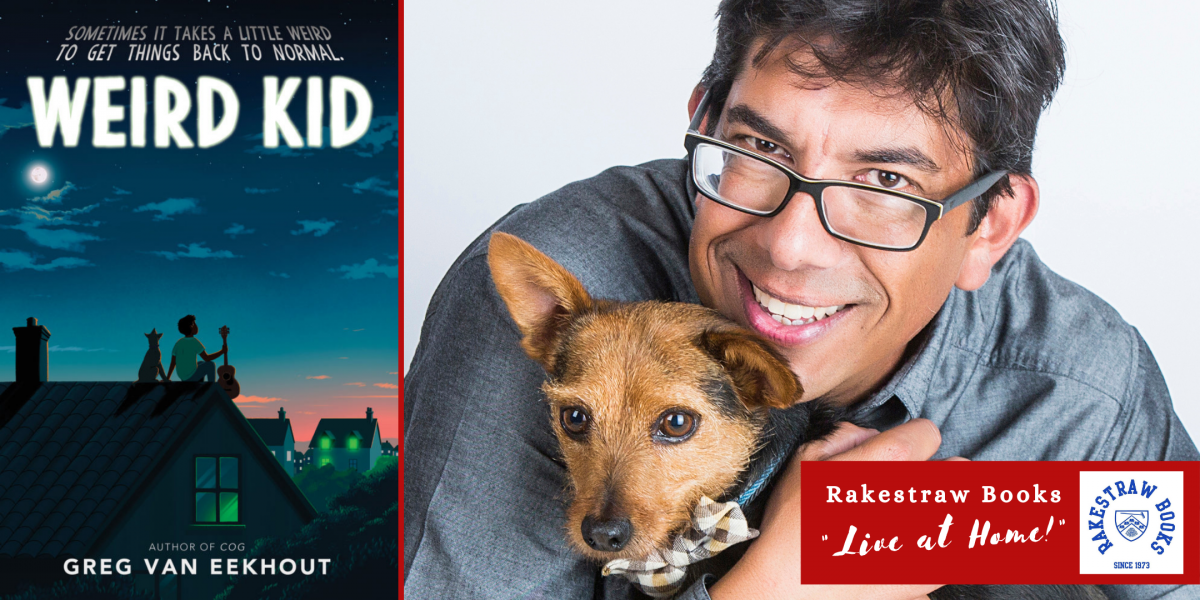 From the author of Cog and Voyage of the Dogs, Weird Kid is a hilarious and heartfelt homage to everyone who feels like they don’t belong. Perfect for fans of Gordon Korman and Stuart Gibb.

Jake Wind is trying to stay under the radar. Whose radar? Anyone who might be too interested in the fact that he has shapeshifting abilities he can’t control. Or that his parents found him as a ball of goo when he was a baby.

Keeping his powers in check is crucial, though, if he wants to live a normal life and go to middle school instead of being homeschooled (and if he wants to avoid being kidnapped and experimented on, of course).

Things feel like they’re going his way when he survives his first day of school without transforming and makes a new friend. But when mysterious sinkholes start popping up around town—sinkholes filled with the same extraterrestrial substance as Jake—and his neighbors, classmates, and even his family start acting a little, well, weird, Jake will have to learn to use his powers in order to save his town.

Your purchase of Weird Kid gets you a family ticket to our virtual event with Greg Van Eekhout on Friday, 6 August 2021 at 5 PM.

Rakestraw Books is delighted to present this event in partnership with Once Upon a Time in Montrose, California and Mysterious Galaxy in San Diego, California.